It’s time to rotate the crew on the KSS!  Jeb, Bill, Samner, Robart, Bob, and Orlas all pile into the second Crew Shuttle… The Endeavor, and it blasts off!

After circularizing, the Endeavor starts its rendeavous to the KSS.  KSEA is a little nervous about this flight… this is the Endeavor’s first flight… and it’s also the most crew ever launched into space on one vessel! Endeavor closes in on the station…. Docking achieved!  Jeb docks at at Docking Port 4 of the KSS.  Glenica and Kimmy transfer over to the Crew Shuttle, while Bill, Bob, Orlas, Robart, and Samner all head over to the the Station. 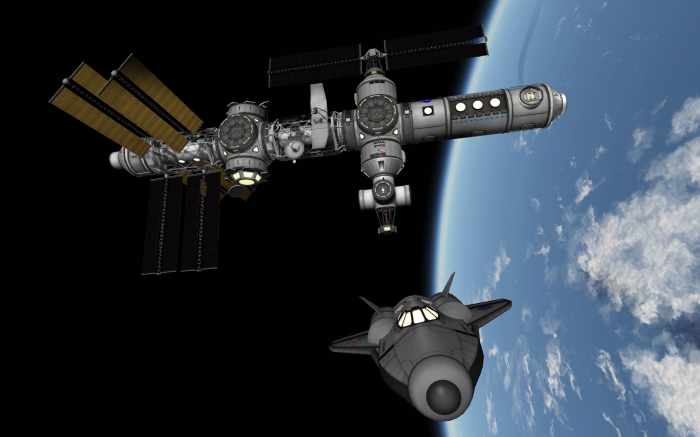 After everyone says their ‘hellos’ and ‘goodbyes’ – Jeb, Kimmy, and Glenica head back to Kerbin!

“You said it Kimmy! Time for some deep space Science!”
-Glenica