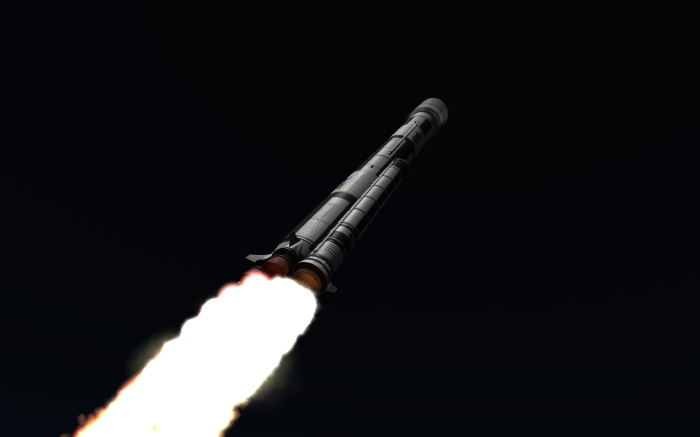 KSEA and KOAA both worked on the Solar Research Probe, which should allow unparalleled looks at Kerbin’s sun, Kerbol!

KSEA also hopes that the Atomic Rocket Motor-based design and an all new Probe layout will provide the blueprint for future missions!

Kerbol 2’s second stage fires, which will take the craft out of Kerbin’s sphere of gravity into Solar orbit!

In 15 days the craft will maneuver for Kerbol itself! The solar arrays and communications dish fully deploy. 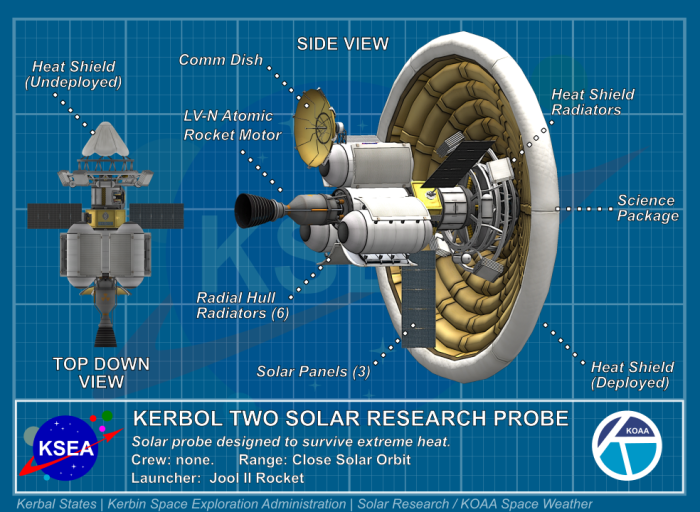 With greater heat shielding and with the increased range of the massive Jool II rocket combined with the very efficient Atomic Rocket Motor this new solar probe has nearly twice the range of the previous Kerbol One probe!