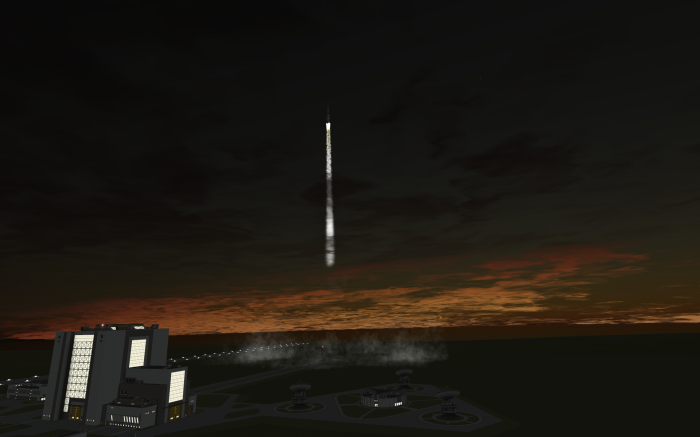 Explorer 6 blasts off from the space center! In orbit, the fairing deploys. Looks like a good launch!  That means the the crew can head up! 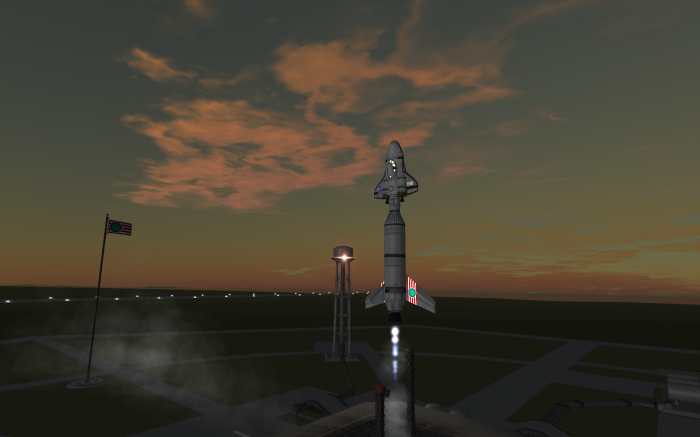 During the orbit the launch pad was cleared, and CTS-1 Adventure was readied for launch, piloted by Edan!

“We’re all a little jealous you three get to be the first crew to Jool – but we know you’ll do great!” The Crew Shuttle Launch Vehicle seperates and heads back to Kerbin, while Adventure finishes it’s climb to orbit! 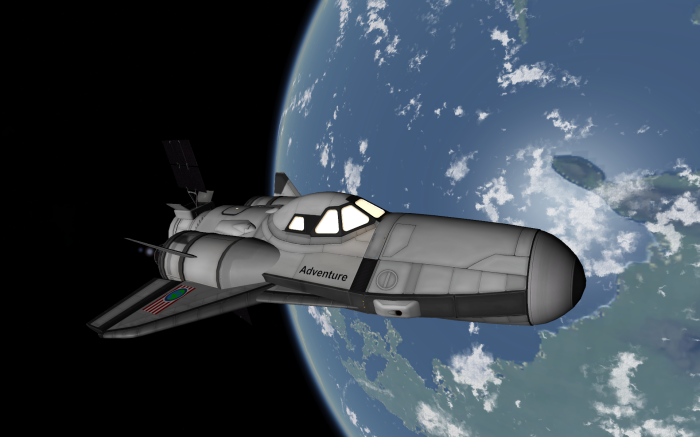 Orbit achieved – shouldn’t be too long before we rendevous! 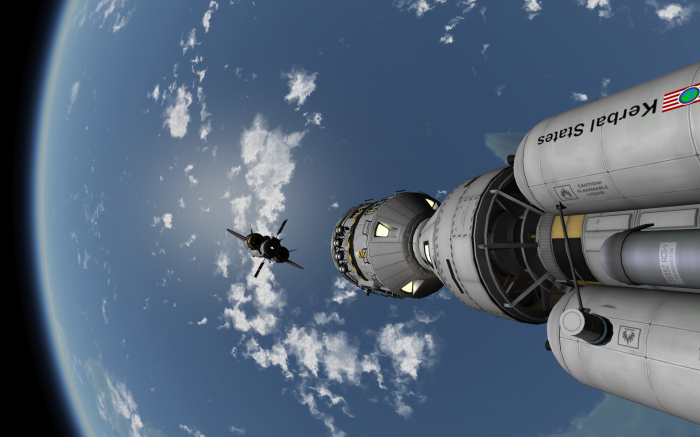 Adventure moves in for the rendevous… 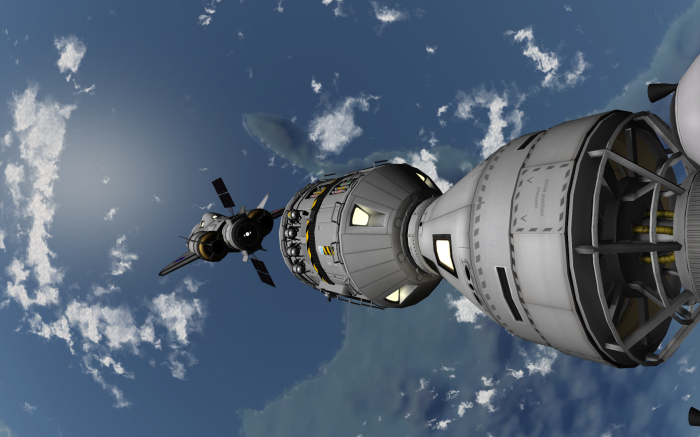 Connection!  Mitster, Glenica, and Sean transfer over and begin pre-flight inspections of Explorer 6!

“Everything checks out!  Let’s light this candle!” 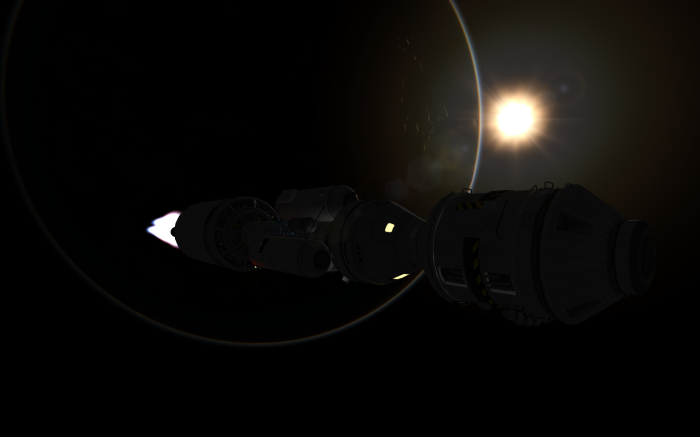 Explorer 6 fires its engines and heads away from Kerbin! Before long Explorer 6 is past Kerbin’s sphere of gravitational influence. Alright everybody, time for CryoStasis!  See you guys in a few minutes! “Ok Mission Control- Sean and Glenica are in good shape, setting timer and activating my Cryo-Pod.  Explorer 6 OUT!” 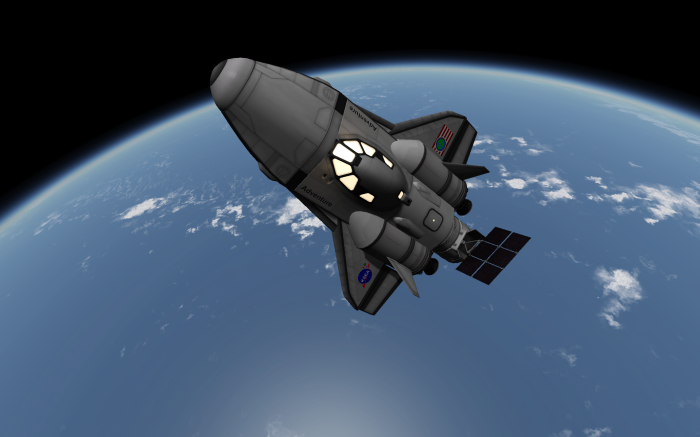 Meanwhile, Adventure is heading to Kerbin Spaceport for the second leg of it’s mission, to return crew from the Spaceport back to Kerbin! 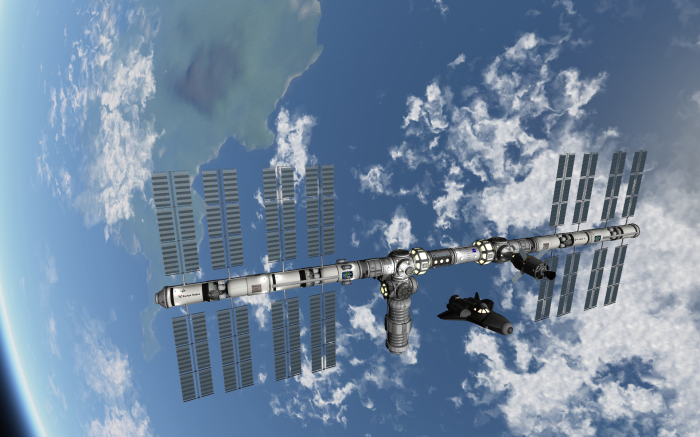 After rendevous with the station, Mirphe moves Adventure in to dock!

“Alright, lining up for docking!” 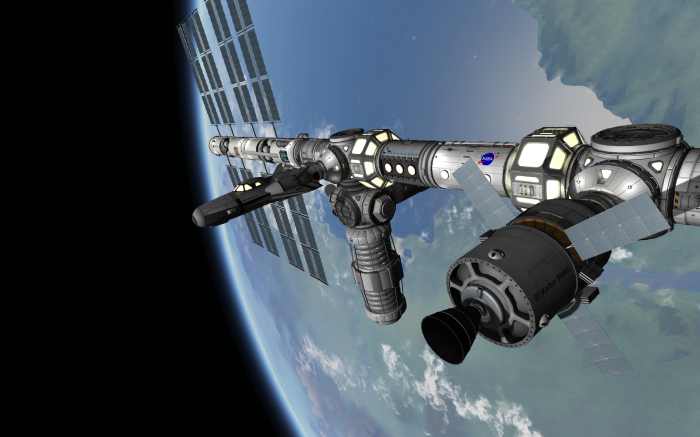 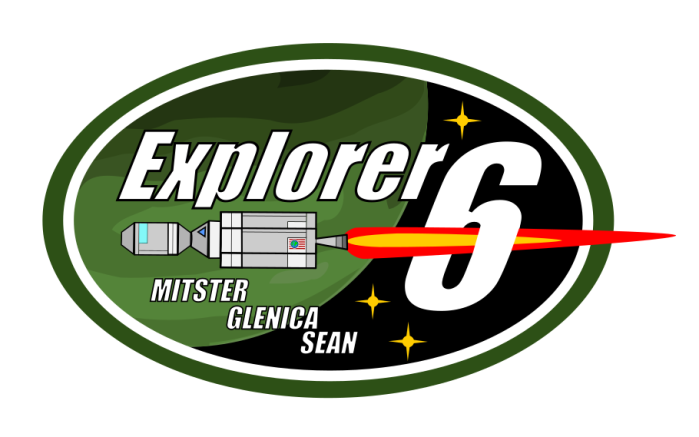