After the unsatisfactory performance of the lander probe designed for Pathfinder, KSEA wanted to test the upgraded lander as soon as possible.  However even with Resolute on stand-by using a Heavy Cargo Shuttle to launch such a small payload seems like a waste.

Engineers have been looking for a payload to test the new aerospike based Moho Rocket however, and this is as good a time as any!

The Aerospike rocket is a revolutionary design in rockets, or so the team that designed it claim!

The Moho Rocket blasts off!

So far so good – the aerospike engine is performing extremely well at all altitudes! 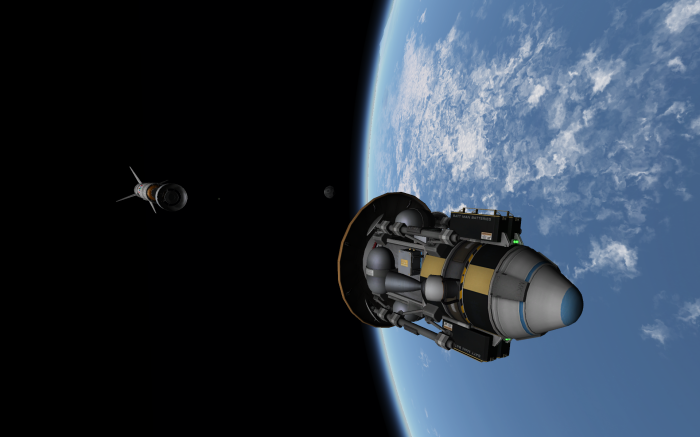 The lander ejects from its fairing and goes soaring away from the Moho Rocket!

The heat shield holds as the probe flies through the atmosphere! 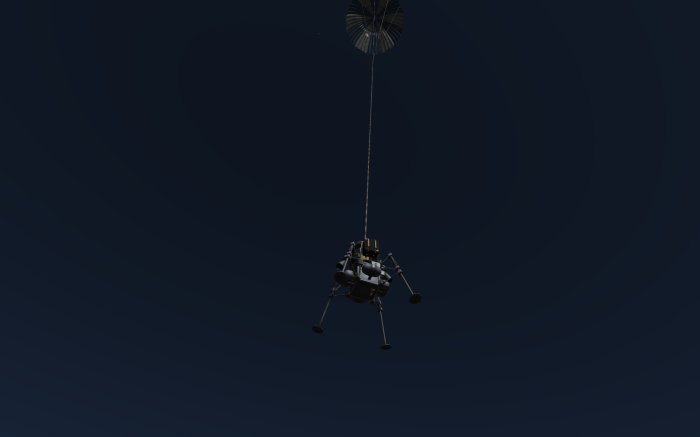 The parachute deploys and the lander slowly heads down to the highlands below!

A picture perfect landing.  Unfortunately, the test-send of the probe’s sensors showed that power was still insufficient!

“I think we should be able to cram a few more batteries on that thing!”