This will be the first flight after the major refit done to overhaul the craft, which included: 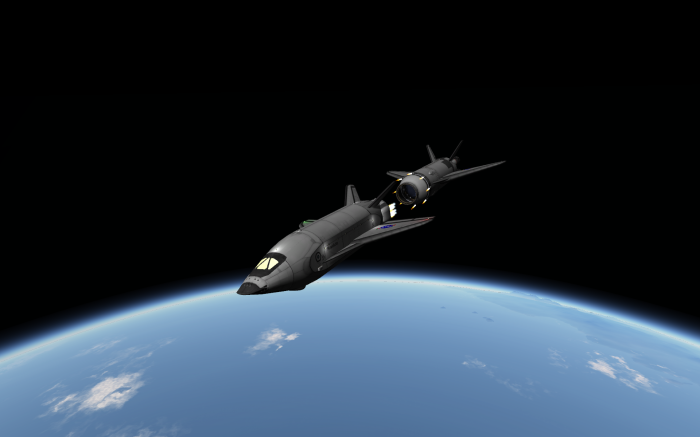 This is also the first flight of the refitted HCS Launch Vehicle! Mirphe pilots Resolute into an 100k orbit, then plots a course to rendezvous with the Kerbin Space Station! 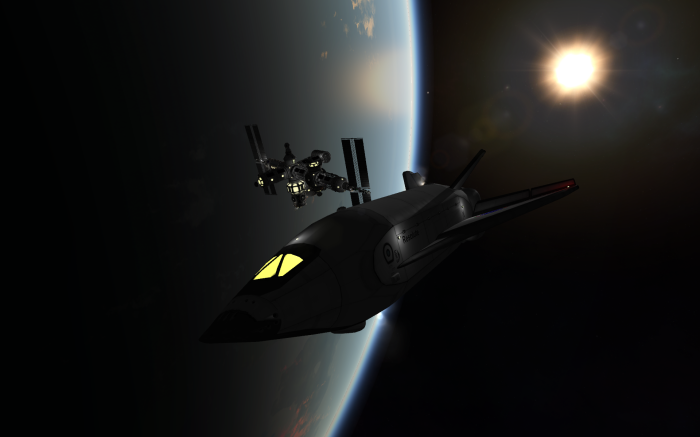 “I’d call that a success!  Taking Resolute back down to the surface now!” 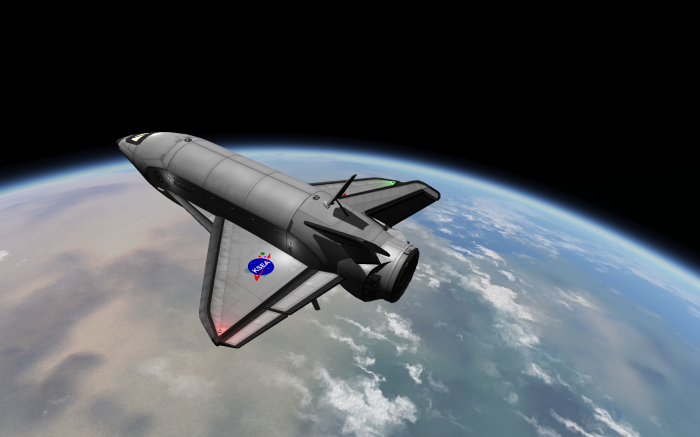 Mirphe sets Resolute to Landing Configuration – the spacecraft’s 3 Air Brakes deploy, and the Elevons are all locked. At 25k the craft switches to Flight Configuration, and prepares to approach the landing strip at KSC! 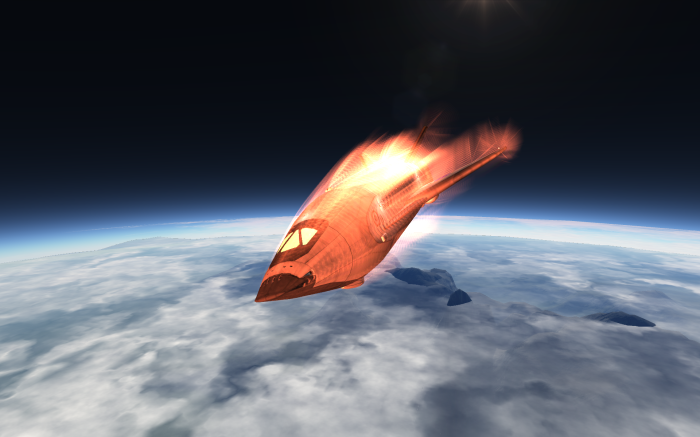 Mirphe fires Resolute‘s maneuvering engines to line up the shuttle with the landing strip!

Indeed, KSEA is very pleased at the new HCS Refit!  Plans are made to upgrade the other Heavy Cargo Shuttle, Enterprise.