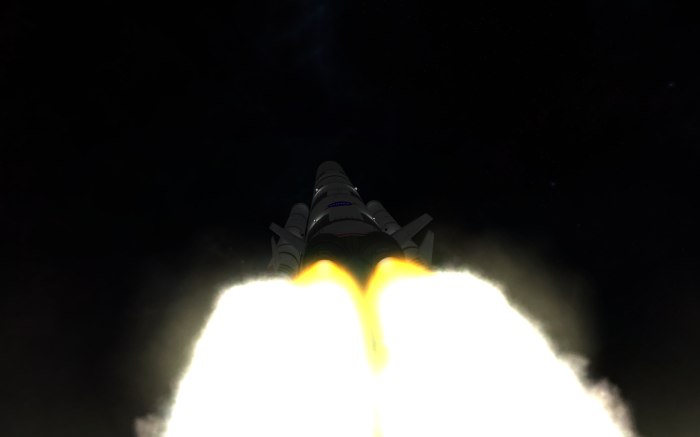 MunBase Alpha launches!  The Sarnus V Heavy rocket easily carries the base into orbit! The night launch goes perfectly, and before long, the base is on its way to Mun… where Aurora 15 is waiting! 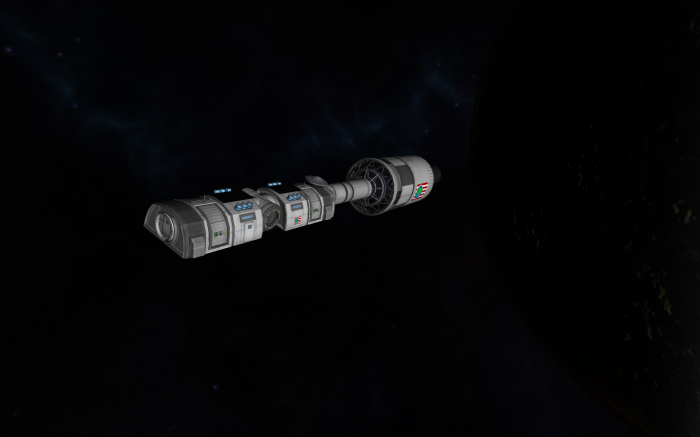 The fairings eject… and the base sails off to Mun!  A slight modification was made after some pre-launch simulations… a RA-2 Relay antenna was installed to replace the secondary Communotron antenna.  (Engineers promise it won’t unbalance the craft…. too much…)

Uh oh!  As the base heads down for landing communications are lost.

“Um, I think I saw some explosions on the surface!  Might be time to make a new base! While we’re at it, a depot in orbit of Mun might be nice too!  This pod gets pretty stuffy… even with the extra space the lander has!”
-Edan

Engineers think that a power loss led to communications failure… work on a revised MunBase beins at once!    The crew of Aurora 15 graciously agrees to stay in orbit of Mun until the replacement is complete.