Aurora 12 arrives at Mun!  This mission is to investigate the strange anomaly detected by Aurora 11 at the southern end of the Northwest Crater, and also as crew training for the rookie crew!

“You know, we should think about making a space station out here!  At the very least a fuel depot might be handy!”

Edan and Orlas head down in the lander! As they get closer, they spot something strange.

“What on Kerbin could that be!”
-Edan

It looks like some kind of ancient structure – astonishing!  Edan sets the lander down…and Orlas hops out at once to investigate!

Arriving at the base of the massive structure, Orlas is shocked… the object looks to be a giant monument… perhaps made out of Mun rock itself?

Get over here Edan! You have to see this yourself!
-Orlas 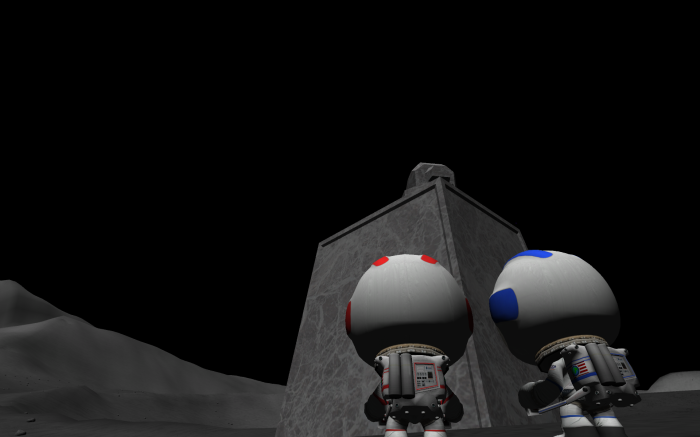 Edan hurries over, and the two gaze at the huge, cubical structure… then they head up to investigate! 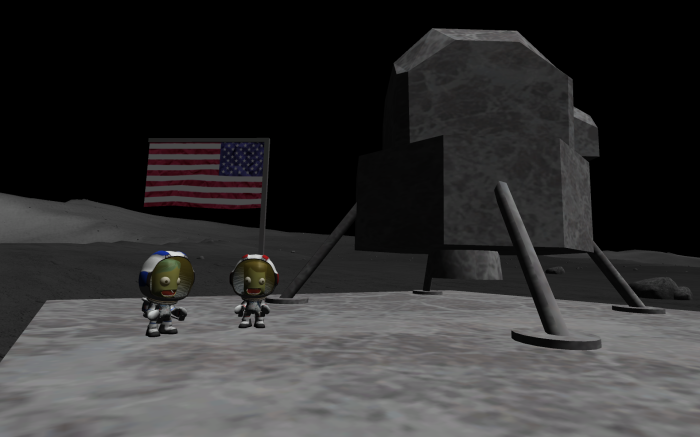 “It looks like a lander… not that different from our own designs!  This flag is the same as the one on the side of the Oger space probe – it was the basis for the flag of the Kerbal States!”
-Orlas

The two look at every nook and cranny on what they agree is some kind of monument! 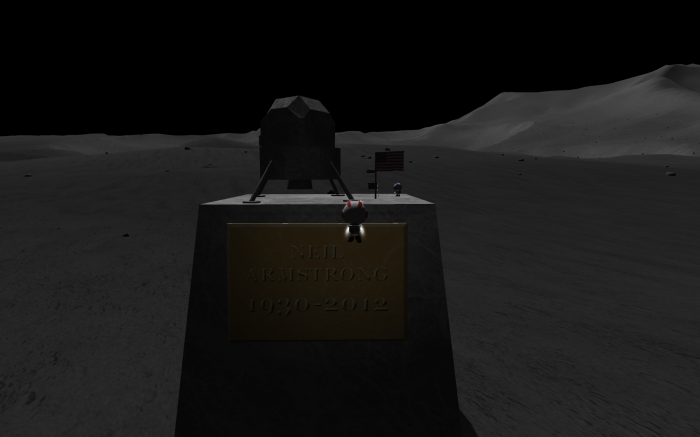 Edan and Orlas are speechless.  The two stare in wonder at the mysterious monument on Mun and wonder what kind of entities could construct such a massive object here!

After taking lots of samples, Orlas and Edan launch back to the Aurora 12 Spacecraft…

And head back to Kerbin!  Scientists are eager to do analysis of the materials gathered at the monument, and to examine the hundreds of images the astronauts took of the unusual anomaly!