The massive Jool Rocket blasts off from Cape Kerman! Once in space, the aerodynamic fairing deploys! 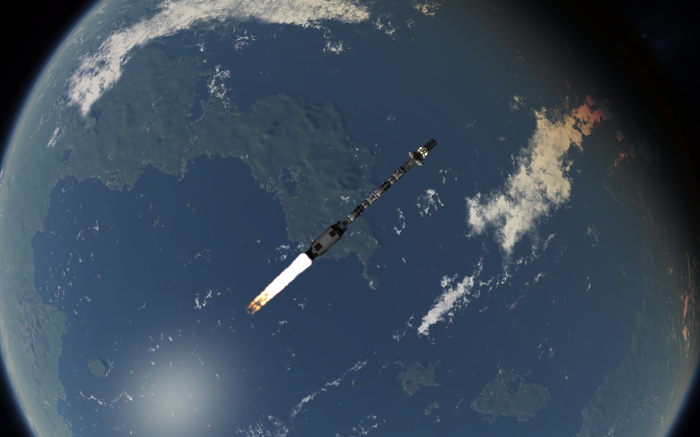 The engines fire and the massive space station orbits Kerbin!

Almost identical to Phase One of the Spaceport, Phase Two has two giant fuel reserves, a habitat area, and a docking section.  It also features a science lab and a cupola, and of course giant solar arrays to power all the onboard systems! Once docked Kerbin Spaceport will dwarf even Kerbin Space Station, making it the largest object ever assembled in space – nearly as long as two Vehicle Assembly Buildings!

Phase Two arrives at Kerbin Spaceport! The RCS systems fire, and the two Spaceport components get closer and closer, until….

Connection!  History is made as the Kerbin Spaceport goes fully online!  Supply ships ready themselves to launch to the next two orbital fuel reserves, and KSEA prepares to launch Phase Three – the new Science component!