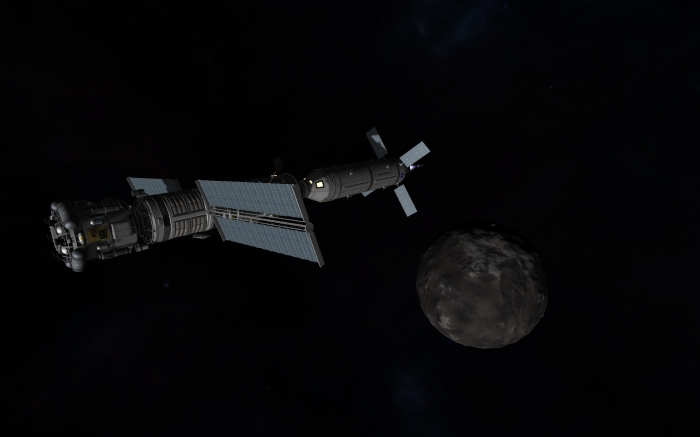 Val, Orlas, and Robart report that the Explorer 4 has arrived at Dres!  The spacecraft’s engines fire to circularize in a roughly polar orbit of the distant world.

Huh, for coming this far out I wasn’t expecting it to look like another Mun!

Indeed, Dres does look very much like Kerbin’s sattelite Mun. Unlike Mun though, no Kerbal has set foot on a world this far out!

Anytime we get to visit another world I’m excited, even if they all look like Mun!